Trusted Legal Representation You Can Rely On 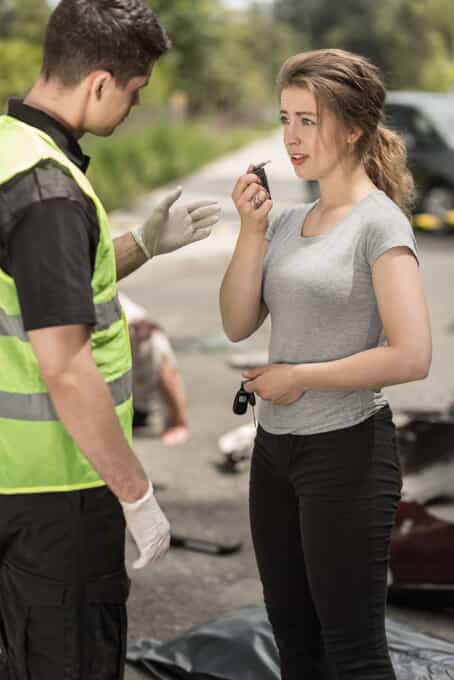 If you are arrested for driving under the influence of drugs or alcohol (DUI) in Miami-Dade County or anywhere throughout Florida, you face serious consequences, including driver’s license suspension, jail/prison time, steep fines, and more. You need an experienced Miami DUI defense attorney who can help you understand your charges and work to protect your rights; you need Hubbs Law Firm.

Our founding attorney is Board Certified in Criminal Trial Law by the Florida Bar and both our attorneys are former prosecutors with extensive trial experience. We understand what is at stake, and we are prepared to aggressively advocate for you.

Contact Hubbs Law Firm online or call (305) 570-4802 for a free consultation with one of our attorneys. Se habla español.

Recent statistics from the Florida Department of Highway Safety and Motor Vehicles (DHSMV) show that, on average, nearly 1,000 people per week (49,776) were arrested for DUI in Florida in 2014. Approximately 63 percent of the cases resulted in a guilty conviction, and about 5 percent of the cases were dismissed, although more than 7,000 cases (15 percent) were unresolved and listed as pending.

According to the National Highway Transportation Association, Florida ranks third in the U.S. (behind Texas and California) in the number of traffic fatalities attributed to DUI, with 676 DUI-related deaths in 2013—an average of about one DUI-related death every 13 hours. Serious injuries or property damage may also occur as a result of an alcohol- or drug-related DUI incident.

Types of DUI Cases We Handle

Hubbs Law Firm is experienced in defending clients from South Miami to North Miami and the surrounding areas throughout Miami-Dade County who are charged with DUI, drunk driving, or drugged driving.

Our Miami DUI lawyers can assist you with the following:

Section 316.193, the driving under the influence statute, provides that, before a person may be found guilty of this offense, the State must prove the following two elements beyond a reasonable doubt:

Florida's DUI statute defines the term "actual physical control of a vehicle” to mean the defendant must be physically in or on the vehicle and have the capability to operate the vehicle, regardless of whether he/she is actually operating the vehicle at the time. See Fla. Std. Jury Instr. (Crim.) 28.1.

The Administrative Driver's License Suspension in a DUI Case

DUI charges are often accompanied by an administrative driver's license suspension. A person accused of DUI has only 10 days to request a formal review hearing before the Florida Board of Administrative Reviews (BAR), a division of the state's DHSMV.

Hubbs Law Firm can assist you in demanding a formal review hearing and obtaining a 42-day temporary driving permit while your attorney fights to invalidate the administrative suspension.

Although a DUI charge is a serious matter, it is by no means the end of the road. When a capable defense is presented, a DUI charge may be reduced or dismissed. A first-time DUI offender may be able to be diverted to the Back on Track program, minimizing the adverse circumstances.

A skilled DUI attorney in Miami, like the ones at our firm, may be able to find any number of problems with a DUI arrest, including the problems with the reason for the traffic stop, the way any DUI tests were conducted, or the handling of evidence.

Hubbs Law Firm proudly serves DUI clients all over Miami-Dade County, including South Miami, Kendall and Cutler Bay to the south, Kendale Lakes and Tamiami to the west, as well as communities north of Miami International Airport such as Hialeah and Miami Gardens.

Hablamos Español
Contáctenos
Attorneys E.J. & Erika Hubbs As professional defense attorneys, we take every case personally give every client the deliberate care it deserves. Our clients become part of our family and we fight relentlessly for their rights. Read more about us to find out how we can help you.
More About Us